Saints and St Mirren played out a goalless draw at McDiarmid Park this afternoon.

It was a match of few clear-cut chances with Glenn Middleton going close for Saints. Whilst up the other end Jamie McGrath and Curtis Main were linking up well for the visitors however, they very rarely troubled Zander Clark.

The second half was a similar story although Saints were reduced to ten men with 4 minutes remaining as Chris Kane picked up a second booking for dissent.

Next up for Saints is a trip to Hampden Park in a fortnight to take on Celtic in the semi-finals of the Premier Sports Cup, kick off 5:15pm.

Saints welcomed St Mirren to McDiarmid Park this afternoon as Callum Davidson’s side looked to build on last Saturday’s fine 1-0 Tayside derby win at Dundee United. There was one change to the Saints starting eleven this afternoon as Murray Davidson came in to replace Cammy MacPherson, who couldn’t play against his parent club. St Mirren lost 1-0 to Dundee in Paisley last weekend and Jim Goodwin made two changes to his starting eleven as Kyle McAllister and Eamonn Brophy dropped to the bench and they were replaced by Richard Tait and Jamie McGrath.

Before the match got underway Club Chaplain David Barrie led a minutes silence for Remembrance Day next week. 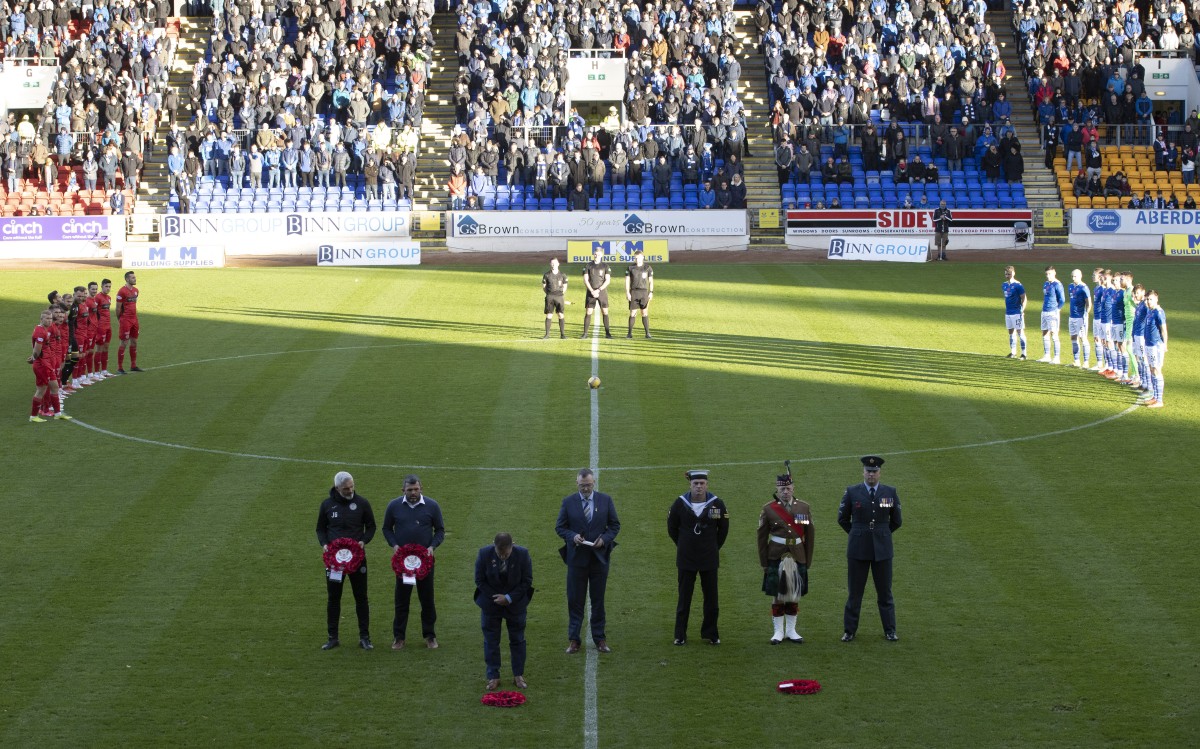 Connor Ronan got the match underway for the visitors but it was Saints who created the first chance of the match after 10 seconds as Glenn Middleton pounced on a mistake by Joe Shaughnessy and advanced into the Buddies box and cut inside before seeing his effort smothered by Jak Alnwick.

It was a quick start to the match and on 2 minutes Jamie McGrath’s cross from the left was met by Curtis Main but his header was straight at Zander Clark. McGrath and Main linked up well again on 11 minutes as the midfielder picked out the former Motherwell and Aberdeen forward with a cross from the right which Main gathered on edge of the box before turning and seeing his effort go inches wide.

The first booking of the game came on 25 minutes as Alan Power was shown a yellow card for a foul on Ali Crawford.

After the lively start to the match the game settled down. On 34 minutes Richard Tait slipped a tidy ball to Power in the Saints box but Liam Gordon made a great block to deny the former Kilmarnock midfielder. 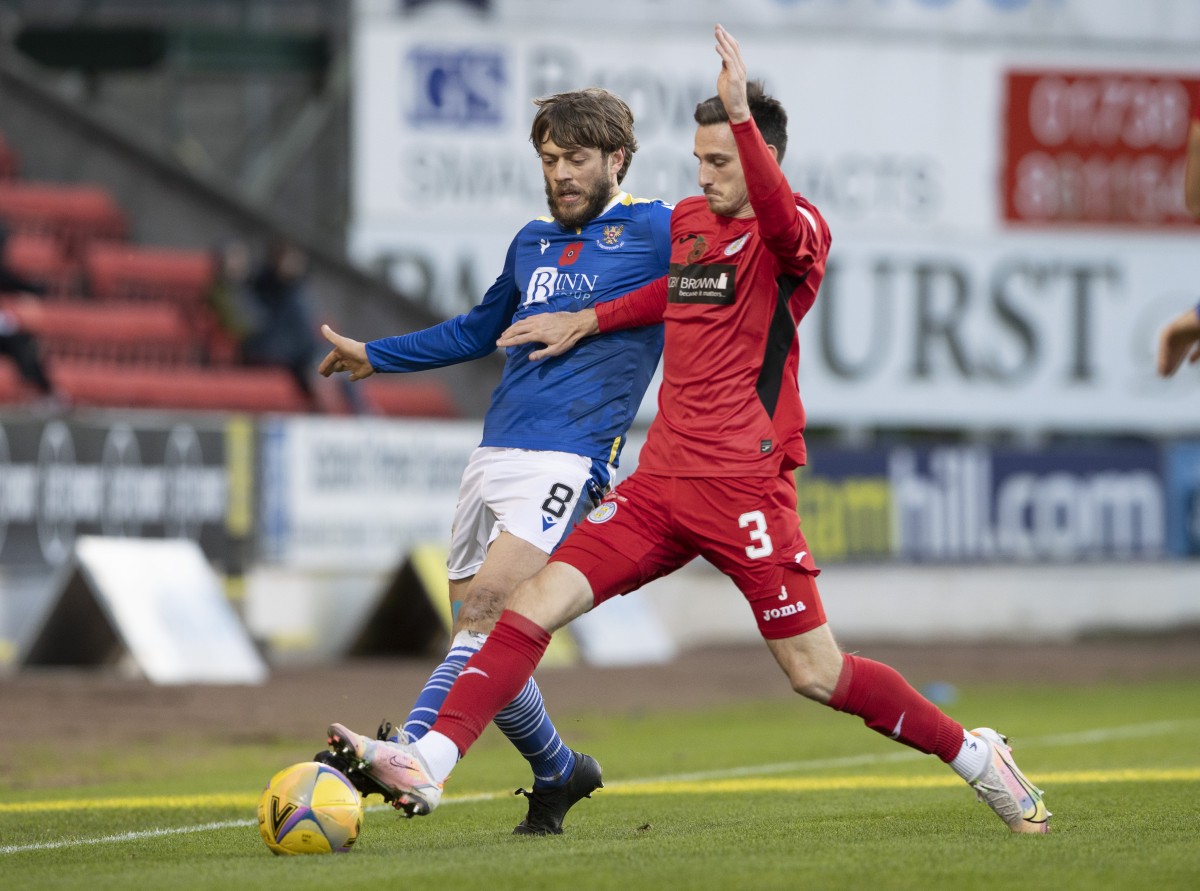 Then shortly after Saints created a chance of their own as Craig Bryson saw his right-footed effort go inches wide.

With 5 minutes of the first half remaining McGrath setup Main who burst forward and unleashed a low strike which Clark turned behind for a corner. Scott Tanser took the corner and his delivery from the right was met by Conor McCarthy at the back post who put his header into the side netting.

Saints made a double change before the second half could get underway as Shaun Rooney and Stevie May came on to replace Michael O’Halloran and Glenn Middleton.

The first chance of the second half came for the visitors as Connor Ronan tried to pick out Tait at the back post with a cross from the left however, the former Motherwell defender couldn’t make a connection with the delivery.

Just before the hour mark St Mirren were awarded a free kick in a promising position after Main had been fouled by Liam Gordon and the Saints captain was booked for the challenge. Both McGrath and Tanser stood over the ball and it was taken by the later however, the effort from the former Saints player didn’t trouble Clark as he could direct his effort on target. 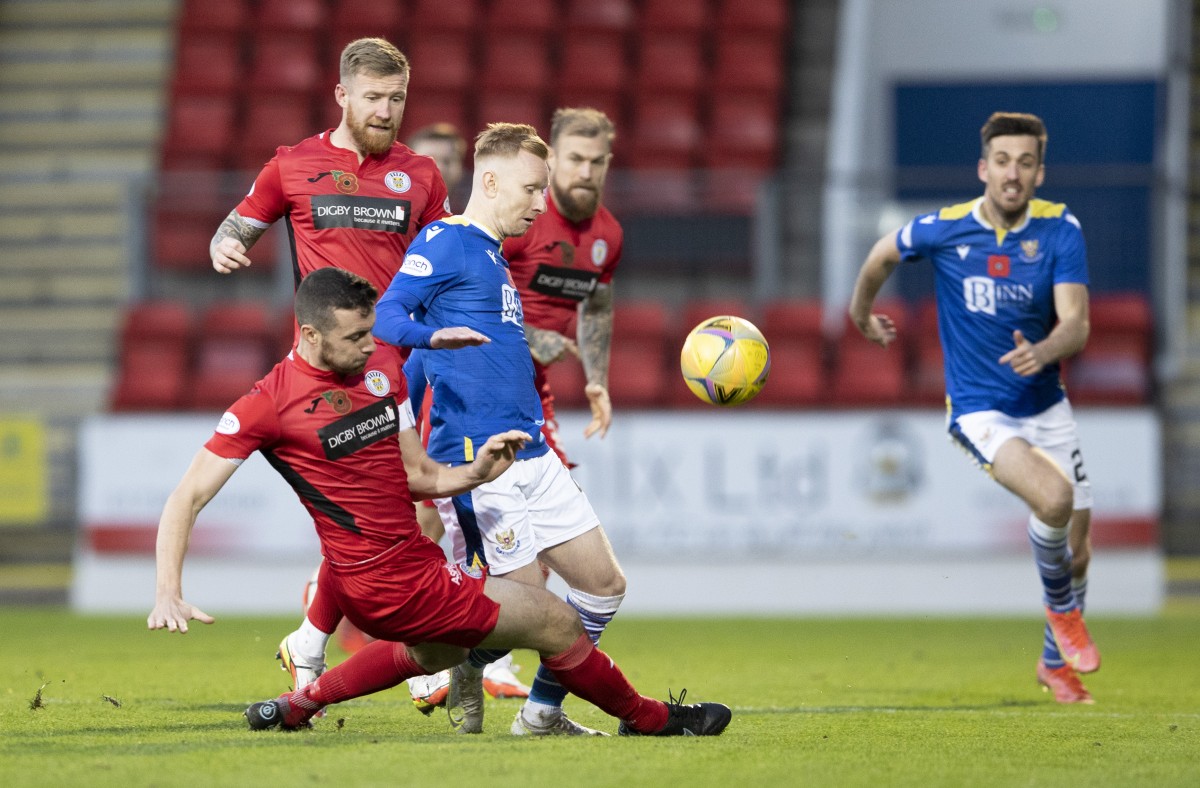 On 67 minutes Saints made their third change of the game as David Wotherspoon was introduced into the action, replacing Ali Crawford.

A good move by Saints on 70 minutes saw May break down the left channel before playing a nice backheel to Callum Booth whose inviting cross was turned behind for a corner. Then 7 minutes later Wotherspoon showed neat footwork on the edge of the box as he switched the ball onto his right foot before having a strike at goal however, it lacked power as Alnwick comfortably gathered.

With 8 minutes remaining Kane won Saints a free kick after he was stopped in his tracks by Power. Wotherspoon took the free kick and he floated the ball into the box which was met by Rooney however, the substitute saw his header go over the bar. 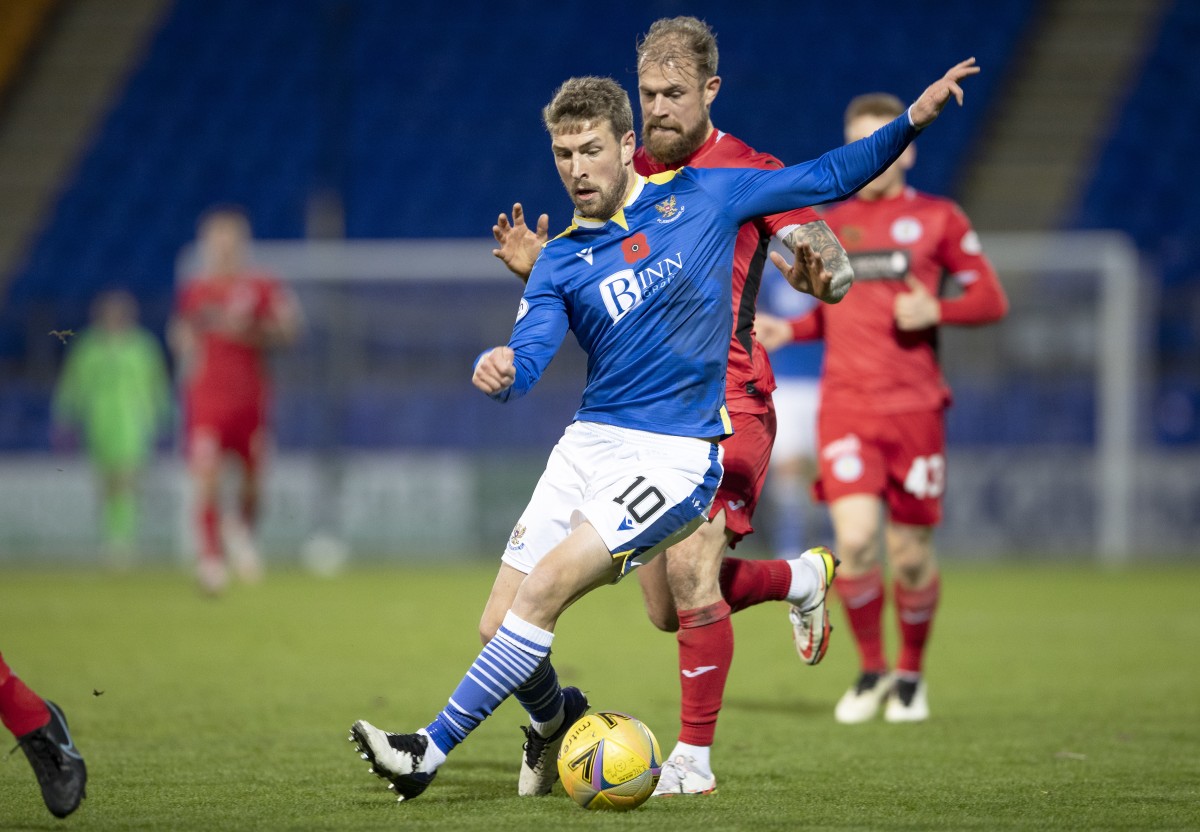 PHOTO: David Wotherspoon is closed down by Richard Tait

The closing stages of the match saw Saints reduced to ten men as Chris Kane was shown a second yellow card for dissent by referee Greg Aitken.

Clark was called into action on 87 minutes as Alnwick had sent a long free kick deep into the Saints box. It was met by Tait but his header was saved by the Saints number one as Callum Davidson’s side saw the game out to secure a point.

Picture: Hayden Muller gets away from Curtis Main