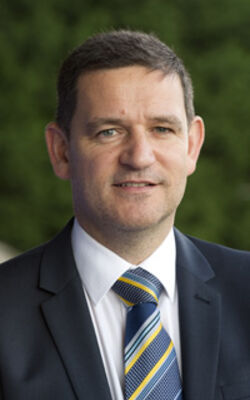 One of former long-serving Chairman Geoff Brown’s three sons, Steve is a time served electrician who formed his own electrical company which carried out work for the family construction company as well as work for a wide range of other clients.

Steve is Managing Director of GS Brown Construction and was appointed to the St Johnstone Board of Directors in 2004.

In April 2011, Steve was elected onto the Board of the Scottish Premier League - a position he held until July 2012 - and then in November 2011, when Geoff Brown stepped down, Steve was appointed Chairman of the club.

A life-long Saints fan Steve is also a well-travelled member of the Tartan Army. 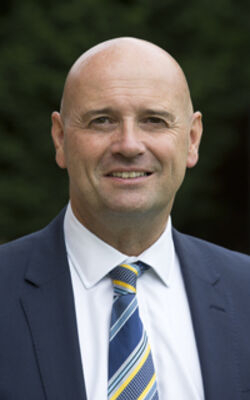 Charlie was appointed in September 2011 and the move by former Chairman Geoff Brown completed the transition from boyhood supporter to Board member for the 49 year old.
A partner in Aberdein Considine solicitors in the Fair City’s Charlotte Street, Charlie moved to the area when he was just five years old and took up residence in St Madoes and it was over the years in the Carse of Gowrie village that he got to know Geoff Brown and his son Steve – current Chairman of the club.

“I came through St Madoes Primary School and Perth High School knowing Steve and in these days St .Madoes was a relatively small village” says Charlie.

“I have always been involved in playing football- through School and in Under 16s and Under 18s. I also played Amateur until I was 41 and still play 5s twice a week and remain passionate about the game.”

His desire to study and then move into law took Charlie up to Aberdeen for 22 years but in 2002 he returned to Perth to set up his solicitors business but from those early days his footballing heart lay with St Johnstone.
Charlie continued: “My dad first took me to Muirton Park in season 1969/70 so it was very much the golden era of Willie Ormond. I loved Muirton and followed the team regularly but obviously my spectating habits were curtailed a bit once I moved to Aberdeen. However, I watched them as often as I could and certainly made sure that I didn’t miss out on the landmark games – the last game at Muirton, the official opening of McDiarmid Park against Manchester United and the game in Monaco.

"Like many Saints fans, I remember with fondness those early days at the new stadium: the 3-1 win over Airdrieonians and the 5-0 win over Aberdeen - I was with the match sponsor, pal Gus Stewart that day and some guests were predominantly Dons fans so I thoroughly enjoyed the trip back North, I can tell you!” The new man’s recent involvement with the club has come by way of the St Johnstone FC Business Club – the successful organization which brings together members of the local business community for the benefit of its members and the football club. 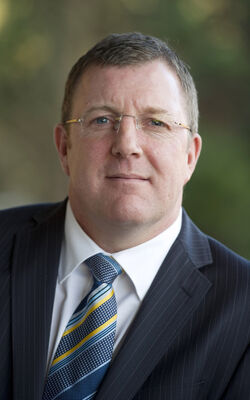 The fondly remembered former player, Roddy Grant is now Director for the team he proudly played for over two spells, played 242 scoring 68 times. The highlight of Roddy's first spell in Perth (89-92) was lifting old First Division as part of Alex Totten's side in 1990. He later returned to the club in 1995, after appearing for Dunfermline Athletic and Partick Thistle in between, to help Saints regain promotion to the Premier League in 1997 and then being part of the 1998/89 side which reached the League Cup Final (losing to Rangers 2-1) and finishing 3rd in the league to qualify for Europe the following year.

Roddy, who started his career at Cowdenbeath, turned out for Ayr United, Brechin City and Peterhead following his departure from St. Johnstone in 2000. Before the inclusion of some new names to the Scottish Football League in more recent years, Roddy once held the special record of having scored a goal against every club in the top four divisions of Scottish football.

After coaching at Stirling Albion, under his former Saints team mate Allan Moore, Roddy came full circle and joined St. Johnstone in a non-playing capacity. He first became Administrator for the successful Super Saints Lotto in November 2011, before being made an Associate Director in July 2012. 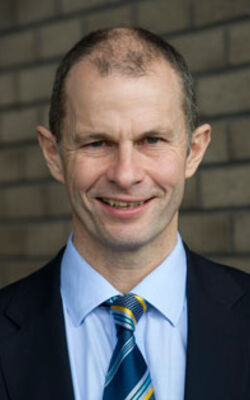 Peter is a life long Saints fan and belongs to a well know Perth sporting family. His grandfather, Peter Gavigan, played outside right for St Johnstone during the 1920's and Peter has fond memories of going along with him to Muirton Park as a youngster.

A former World and European Curling Champion Peter competed at the 2002 Winter Olympic Games. He has also coached at the highest level and played a key role in organising major curling events.
Peter's working life has taken him from Perth to Glasgow and Edinburgh and he continues to work in the Financial Services sector currently with Tesco Bank. Peter aims to use the skills, knowledge and experience he has gained throughout his business and sporting life to help advance the clubs ambitions now and into the future.