Regan Charles-Cook gave the visitors the lead on 16 minutes after he dinked his effort over the advancing Elliott Parish. However, Saints quickly responded and were level 3 minutes later as Jacob Butterfield scored his first goal for the club with a deflected left footed strike.

Ross County were then give the chance to regain the lead on 28 minutes after a free kick from Charles-Cook struck the arm of Craig Bryson. Former Saints player Ross Callachan took the penalty and although his stuttered run up sent Parish the wrong way, the midfielder saw his effort rebound off the post.

The midfielder though made amends in the second half as he scored the winner for County on 69 minutes, converting from close range after Jordan White’s header had hit the post.

Saints are back in action on Boxing Day when they welcome Celtic to Perth, kick off 12:30pm.

Ross County were the visitors to Perth this evening as Saints looked to end a run of six straight defeats. After Saturday’s 2-0 defeat at Motherwell, Callum Davidson made five changes to his starting eleven for tonight’s game. Elliott Parish, Lars Dendoncker, Murray Davidson, Jacob Butterfield and Michael O’Halloran came in to replace Zander Clark, Shaun Rooney, Liam Craig, Viv Solomon-Otabor and Glenn Middleton. An 89th minute goal from Ayo Obileye saw Livingston fight back to draw with Ross County on Saturday afternoon and manager Malky Mackay made three changes to his starting eleven this evening. Connor Randall, Jordan Tillson and Dominic Samuel dropped to the bench and were replaced by Keith Watson, Ross Callachan and Joseph Hungbo.

David Cancola got the match underway for the visitors and they got the first sight of goal on 6 minutes as Regan Charles-Cook cut in from the left before seeing his curling strike saved by Elliott Parish. The Staggies then created another chance a minute later as Harry Clarke had a go from just outside the box but Parish was equal to his effort as he got down well to gather the ball.

The early pressure from the visitors eventually told on 16 minutes as The Staggies took the lead. A long ball forward by Joseph Hungbo opened up the Saints defence as it played in Charles-Cook and with only Parish to beat the midfielder lifted the ball over the advancing Saints keeper and into the net.

County’s lead though only lasted 3 minutes as Saints were back on level terms thanks to a deflected 25-yard strike from Jacob Butterfield. It was the midfielder’s first goal for Saints after joining last week on a deal until the end of the season. 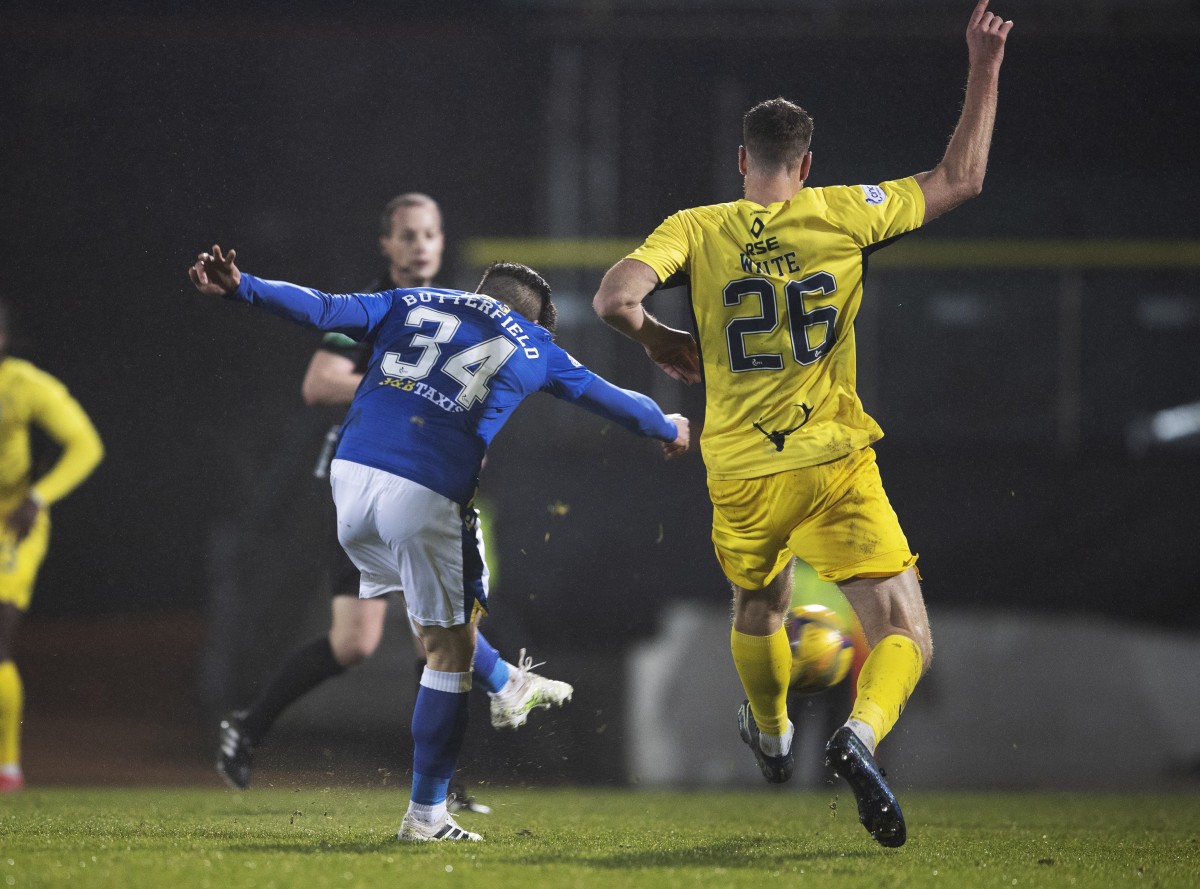 Saints now had their tails up and on 25 minutes a Jamie McCart cross from the left was cut out by the Staggies defence. The loose ball then broke to James Brown whose powerful strike was deflected over for a corner.

Then on 28 minutes Ross County were awarded a penalty after Craig Bryson was deemed to have used his arm to block a Joseph Hungbo free kick and the Saints midfielder was booked by referee Willie Collum. Former Saints midfielder Ross Callachan stepped up to take the penalty and he sent Parish to wrong way with his stuttered run up however, his right footed effort hit the keepers left-hand post before the danger was cleared by the Saints defence.

The match was proving to be a lively affair and on the half an hour mark Charles-Cook went on a powerful driving run before firing his strike straight at Parish. 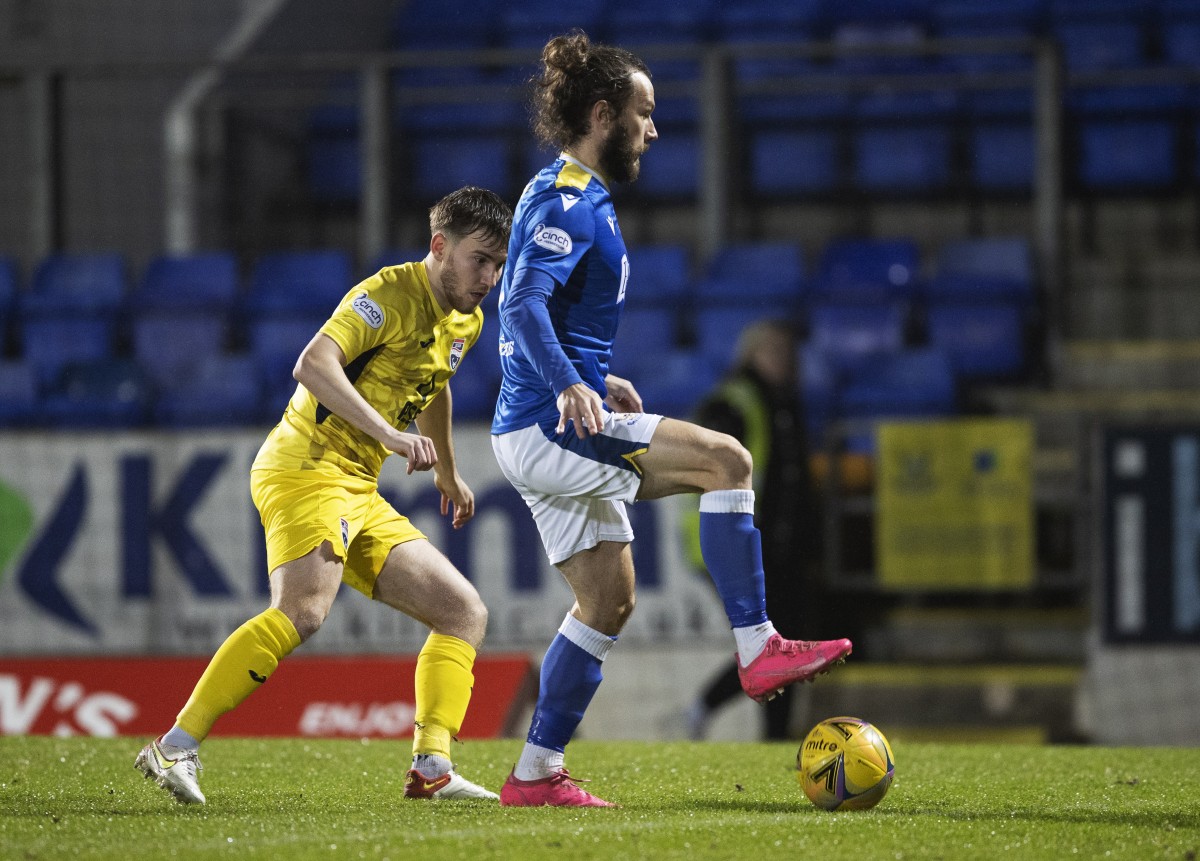 The Staggies made a change before the second half could get underway as Connor Randall came on to replace Keith Watson.

Saints made a bright start to the second half and on 54 minutes a cross into the visitors box was gathered by Stevie May who then sent an inviting ball across the face of the County goal however, no one in Saints shirt was able to take advantage as the danger was cleared. Then a couple of minutes later Murray Davidson picked out May in the box however, the forward couldn’t get enough power on his shot on the turn as Ash Maynard-Brewer comfortably gathered the ball.

Saints made their first change of the game on 61 minutes as Viv Solomon-Otabor came on to replace Michael O’Halloran.

However, Ross County then regained the lead on 69 minutes. Charles-Cook got to the byline before cutting the ball back across the box which Jordan White got on the end off but his header came back off the post however, Callachan reacted quickest to the loose ball as he powered it into the net from close range. 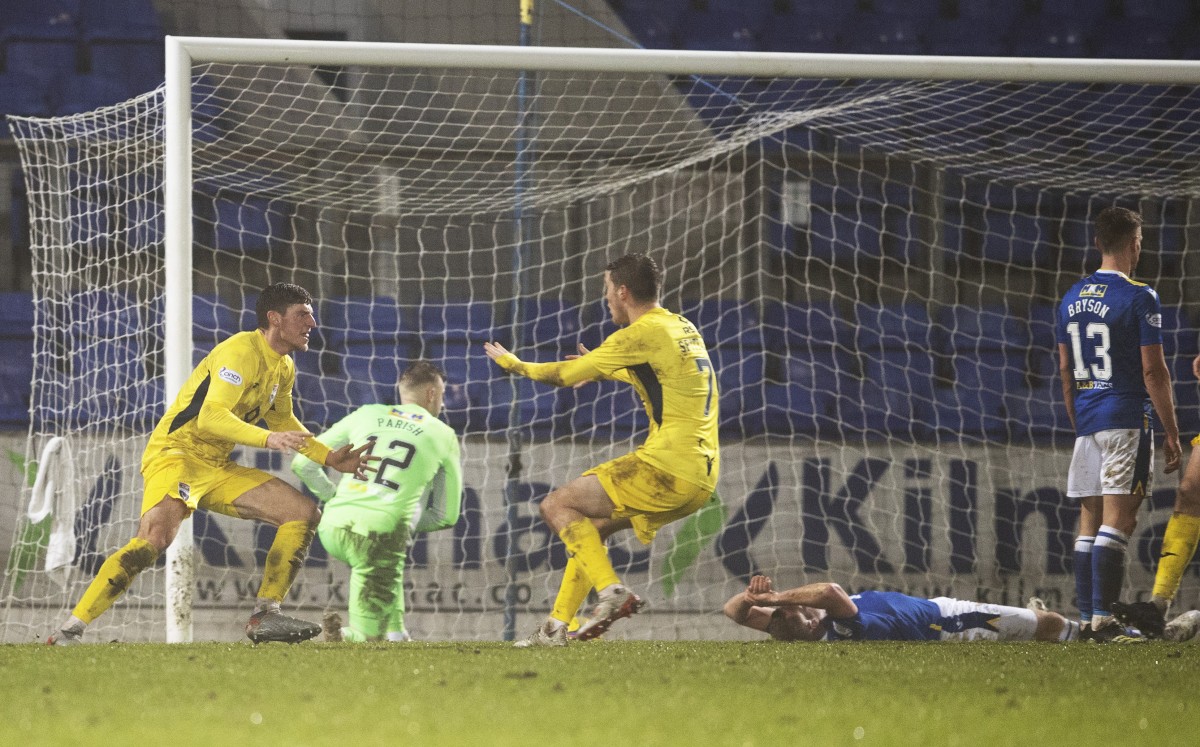 Saints then made a double change as Glenn Middleton and Ali Crawford came on to replace Callum Booth and Craig Bryson.

However, County continued to be a threat going forward and substitute Dominic Samuel saw his effort from distance go wide of the target with 15 minutes remaining. The forward came even closer to extending County’s lead a minute later as his dipping shot from distance hit the crossbar.

Then as the game entered the final 10 minutes of the match May forced Maynard-Brewer into a decent save with a shot from just outside the box. 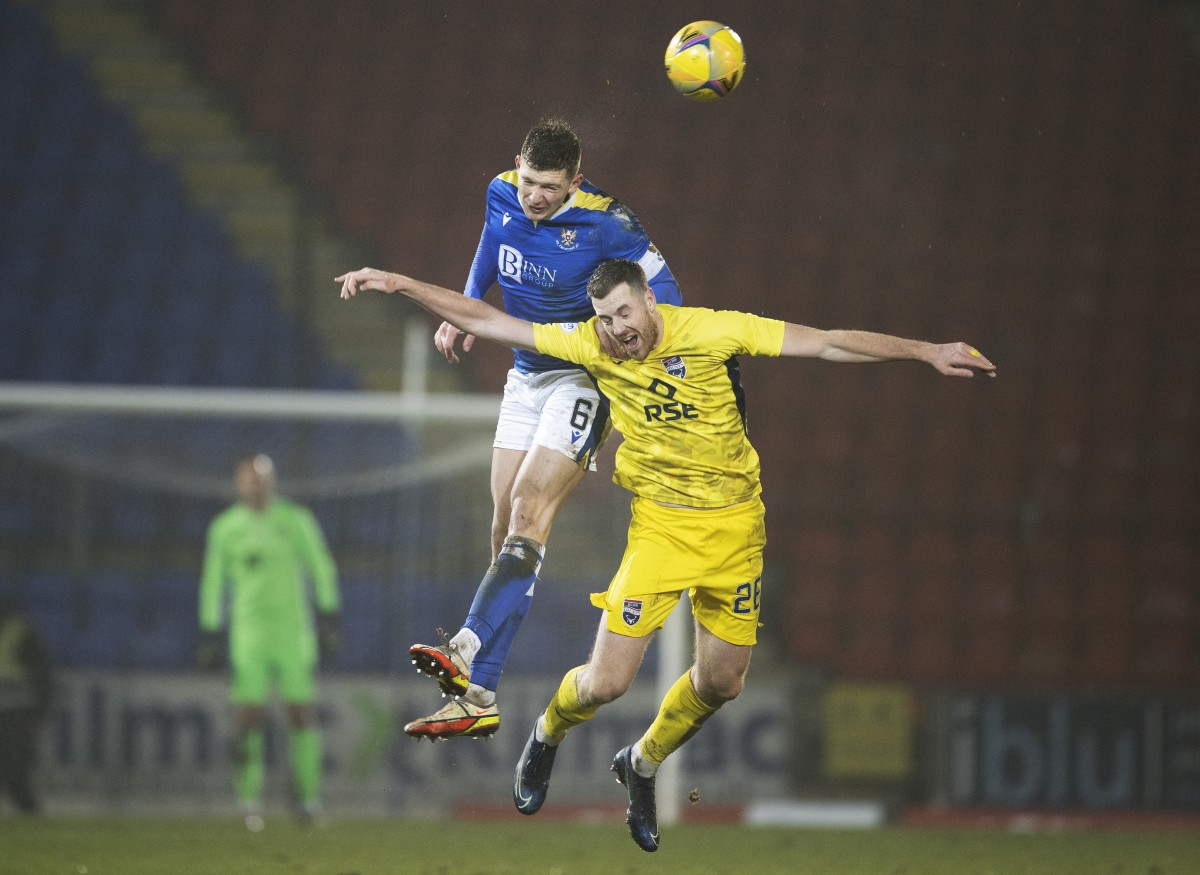 County really should have made sure of the points on 82 minutes as Callachan sent Hungbo free but the Staggies forward dragged his effort wide. Then shortly after Hungbo won the Dingwall side a free kick after he was fouled by Butterfield, who was booked for the challenge. Hungbo took the free kick himself and the on-loan Watford forward saw his effort hit Parish’s left hand post.

Saints continued to push in the closing stages however, they couldn’t find a way past a well organised Staggies defence.