An early Graham Carey goal was not enough for Saints this afternoon as they failed to advance to the knockout stages of the Premier Sports Cup despite a 1-0 win against Ayr United at McDiarmid Park.

The only goal of the game came on 2 minutes as Carey volleyed home after Drey Wright’s ball into the box had only been half cleared by an Ayr United defender.

Saints put in a strong first half performance and Carey almost got his and Saints second of the game just after the half an hour mark but his free kick brushed the side netting.

Ayr got a chance to get back into the match just before half time as Sam Ashford got in behind the Saints defence but Elliott Parish was out quick to block the strike from the forward.

The visitors had chances in the second half to get back into the match as a header from Dipo Akinyemi was saved by Parish on 54 minutes. Then with 7 minutes remaining Sam Ashford had a great chance to pull The Honest Men level as he broke clear however, he blasted his strike over the bar.

Today’s result coupled with Queen of the South’s 2-0 win at Elgin means that Saints finished third in Group F and providing Raith Rovers fail to get 2 points at Aberdeen tomorrow then The Doonhamers are set to join Group winners Annan Athletic in the draw for the Second round tomorrow afternoon.

Saints will now focus on the start of their cinch Premiership campaign as they welcome Hibs to McDiarmid Park next Saturday, kick off 3pm.

Saints welcomed Ayr United to McDiarmid Park this afternoon for their final Premier Sports Group F match. Saints defeated Elgin City 4-2 on Tuesday evening and manager Callum Davidson made four changes to the Saints starting eleven for this afternoon’s match. Dan Cleary and Cammy MacPherson both returned from suspension whilst Drey Wright, who was making his second debut after re-joining the club this summer and Stevie May all came in to replace John Mahon, Michael O’Halloran and Murray Davidson who all dropped to the bench whilst Theo Bair missed out due to injury. There was also a place on the bench for new signing Ryan McGowan who joined the club yesterday on a two-year deal from Kuwait SC. Ayr United drew 1-1 with Annan Athletic in midweek with the Galabankies winning the penalty shootout 5-4 to get the bonus point as they were confirmed as the winners of Group F. For this afternoon’s game Ayr Head Coach Lee Bullen made six changes to his starting eleven as Aidan McManus, Jordan Houston, Finn Ecrepont, Alex Kirk, Paul Smith and Daire O’Connor came in to replace Charlie Albinson, Nicholas McAllister, Sean McGinty, Patrick Reading, Michael Hewitt and Ben Dempsey.

Jamie Murphy got the match underway for Saints and the Perth side were quick out of the blocks as they took the lead on 2 minutes. Drey Wright delivered an inviting ball into the box as he tried to pick out Stevie May however, the ball was cleared by an Ayr defender but it only went as far as Graham Carey who volleyed the ball home from the edge of the box to put Saints 1-0 up.

Saints continued the pressure as they forced a series of corners and it was from one of these corners that Saints almost doubled their lead however, Andy Considine couldn’t make a clean connection with the ball as it was gather by Ayr keeper Aidan McAdams. 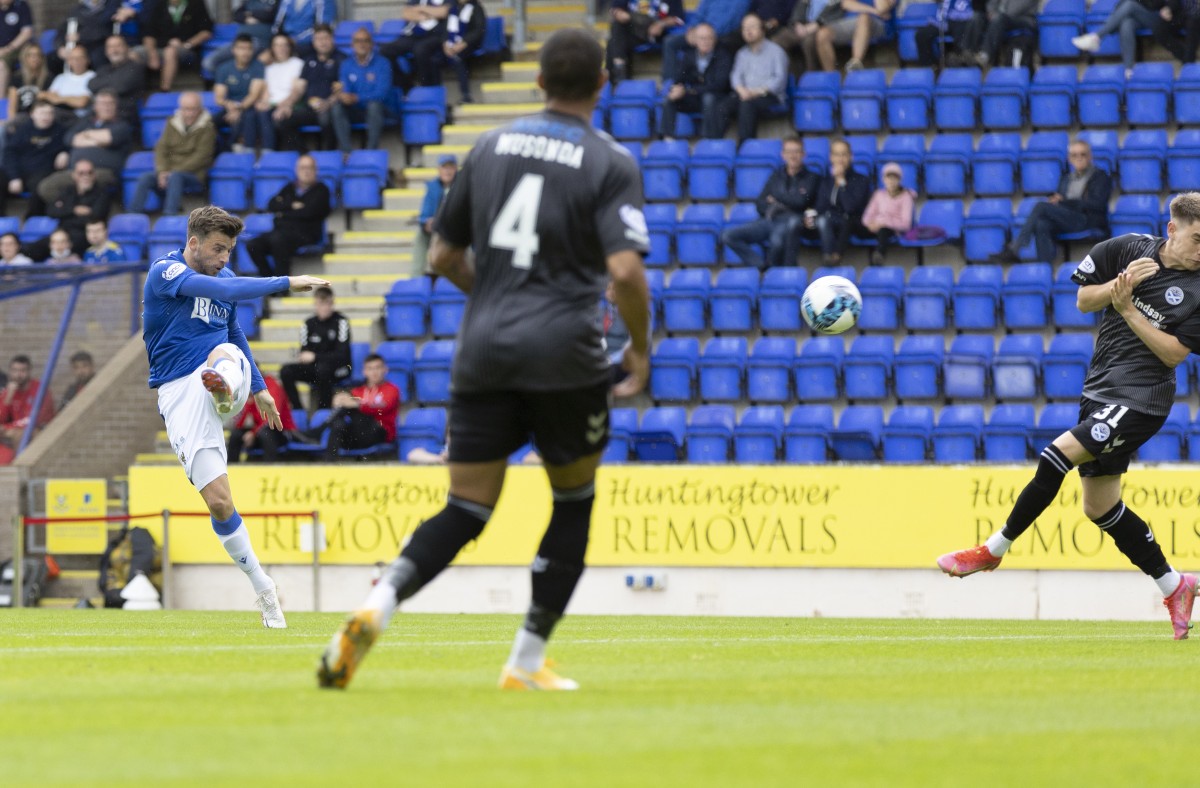 The Honest Men keeper then made a superb double save on 26 minutes as he firstly got down well to save a Melker Hallberg effort and the keeper was up quick to gather Stevie May’s follow-up attempt from a tight angle.

Just after the half an hour mark Saints were awarded a free kick after Adam Montgomery had been fouled. The free kick was taken by Carey and he came close to getting his and Saints second of the afternoon as his curling effort hit the side netting.

Then on 34 minutes an Ayr corner was taken from the left by Paul Smith and his floated ball into the box was met by Frankie Musonda but the defender couldn’t direct his header on target.

With 5 minutes of the first half remaining a good passing move by Saints saw Hallberg slip the ball to Jamie Murphy on the edge of the box however, his strike was deflected behind for a corner by Smith. 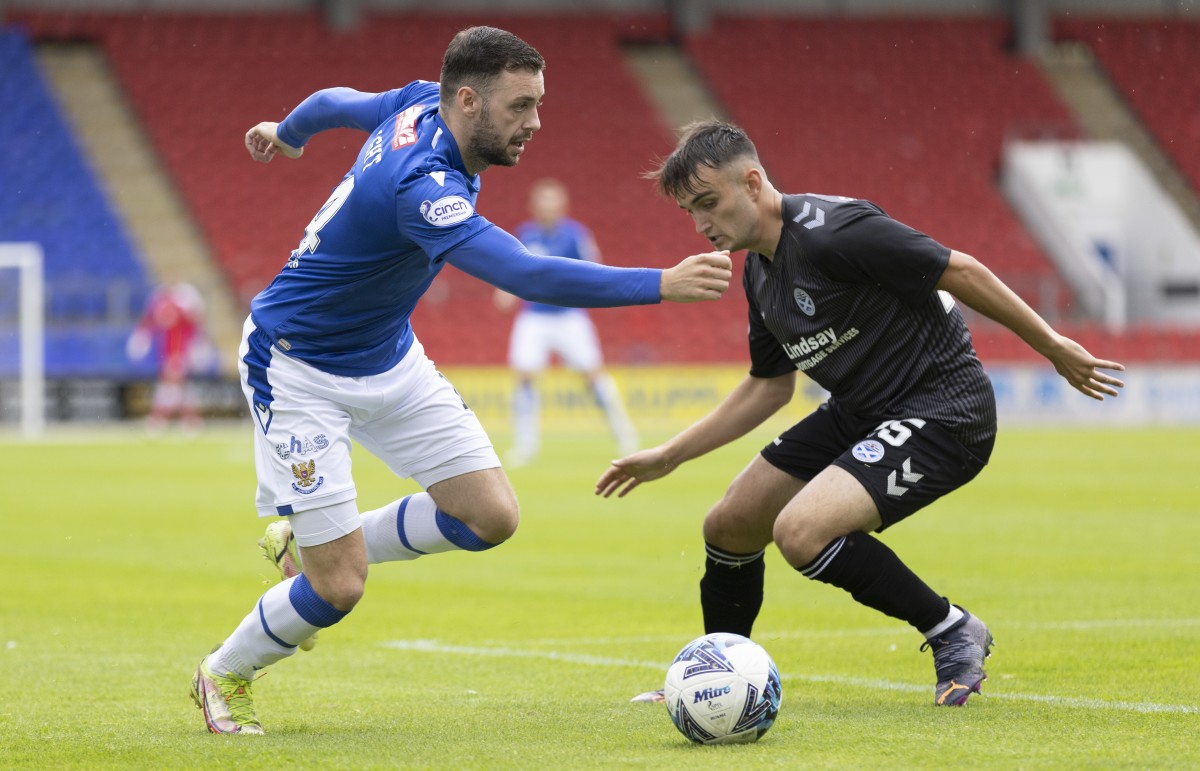 Play then quickly switched to the other end as on 42 minutes Jordan Houston linked up well with Dipo Akinyemi down the right flank and the defender then carried the ball towards the Saints box before playing in Sam Ashford who got in behind the Saints defence to go one-on-one with Elliott Parish however his right-footed shot was well saved by the Saints keeper.

Saints would go on to finish the half strongly and a minute later Wright delivered a fine ball into the Ayr box however, Murphy couldn’t make a connection with it as the ball went behind for a goal kick.

There was one change before the second half got underway as Saints brought on Michael O’Halloran to replace Drey Wright.

The Honest Men made a positive start to the second half and on 53 minutes Ashford did well to win the ball from Montgomery in midfield and the former Crawley Town striker then broke forward however, his strike didn’t trouble Parish. 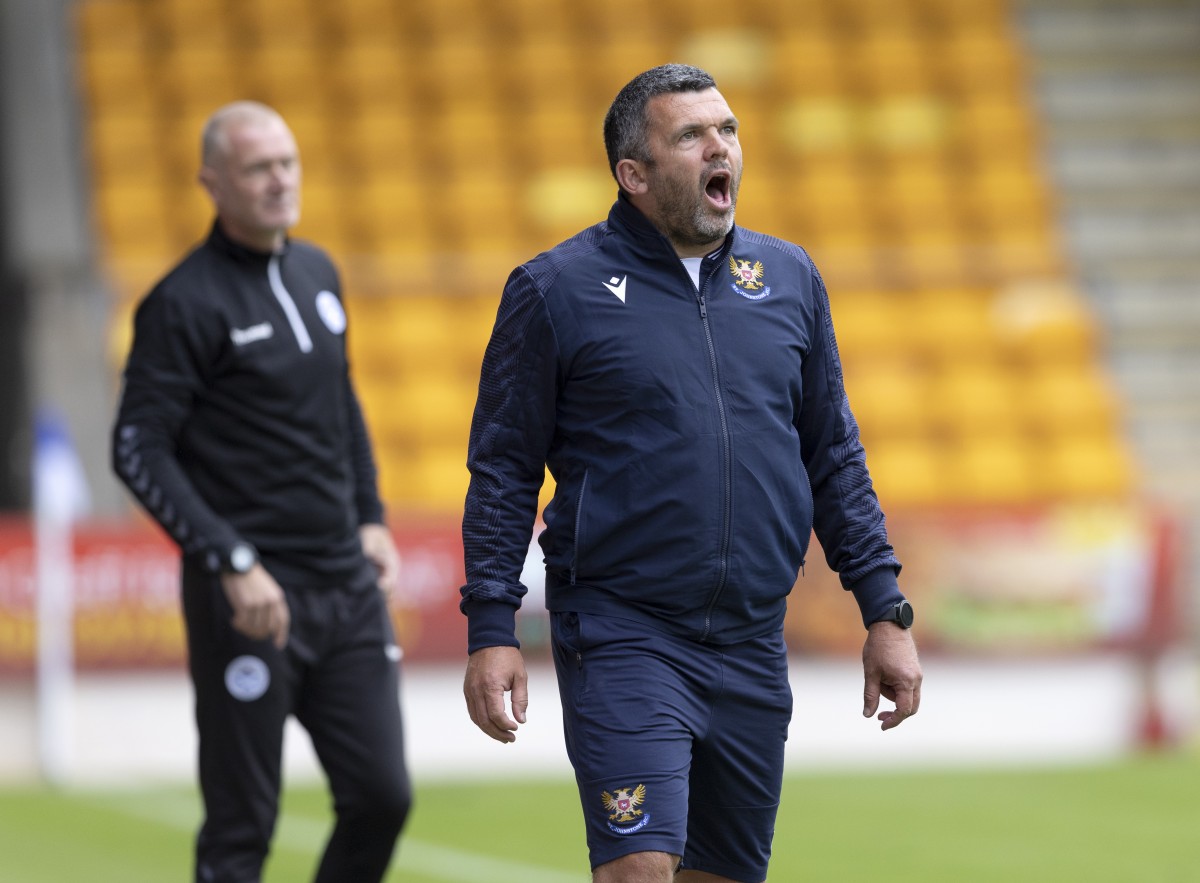 Ayr continued to create chances and a minute later a Smith corner from the left picked out Daire O’Connor but Parish comfortably gathered the ball. Then 4 minutes later O’Connor went on a good run to the edge of the Saints box and despite pressure from Montgomery the forward was able to get a strike away which went wide.

Saints second change of the afternoon came on 63 minutes as Taylor Steven came on to replace Stevie May. The young forward almost made an impact as 3 minutes later as he chased down a long ball however his strike from a tight angle was saved by McAdams.

Saints then made a double change on 72 minutes as Andy Considine and Graham Carey were replaced by Ryan McGowan, who was making his debut for the club, and Max Kucheriavyi.

Ayr were much improved in the second half and with 7 minutes remaining they got a great chance to get themselves back into the match as Akinyemi headed the ball into the path of the advancing Ashford however, the forward blasted his shot over the bar. 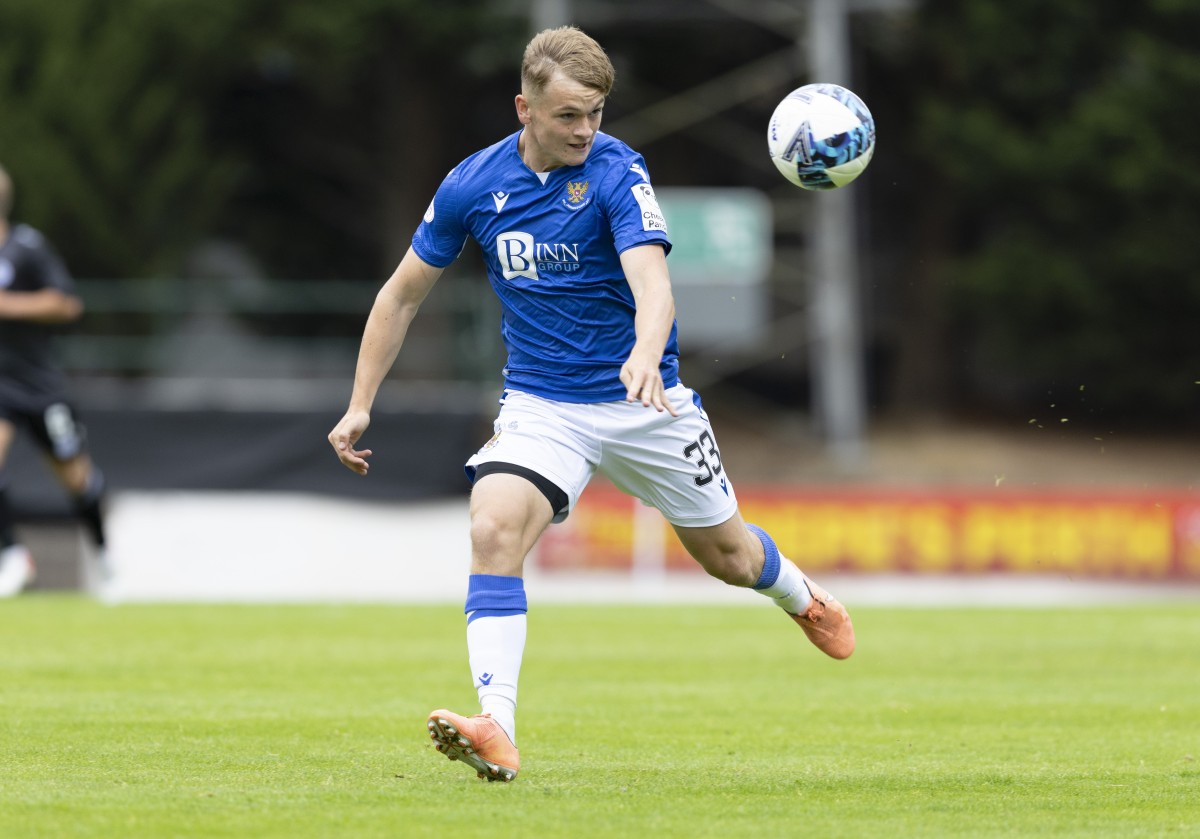 Saints made a final change in the closing stages as Jamie Murphy made way for Murray Davidson.

However, the Ayrshire side would finish the match strongly as in the first minute of added on time Jordan Houston blasted a strike wide. Then a minute later substitute Ben Dempsey saw his curling effort well held by Parish as Saints held on to secure the 3 points and end the group stage undefeated.